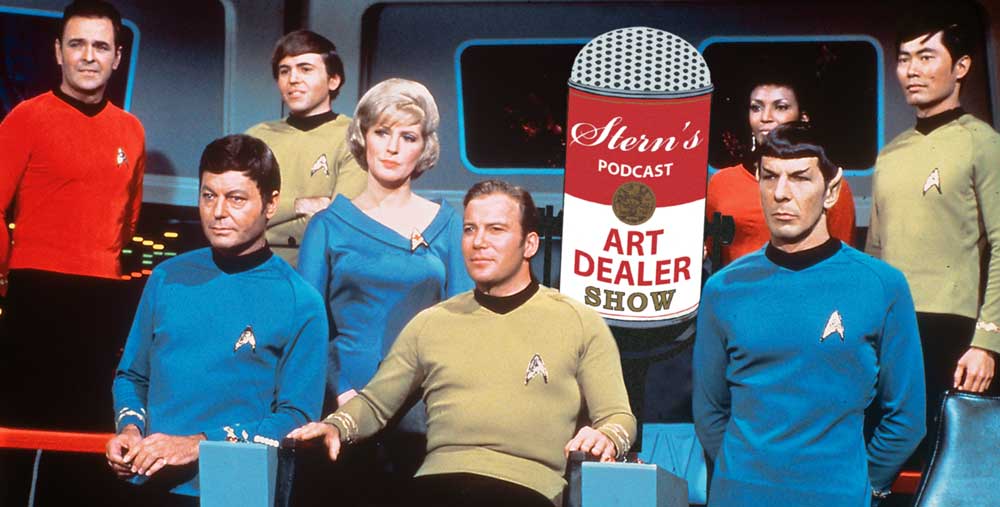 An Art Dealer By Any Other Name
If the art world has its equivalent to an old-time tent revival it would the “Road Show Company.” Since 1997, Nim Vaswani and his devoted crew of art dealers have criss-crossed the United States and beyond, putting on art shows with A-list artists inside galleries in B–level markets. Dali to Tampa, Max to Omaha, Taupin to Scottsdale.
The path that led Nim into the gallery business, to opening a successful gallery of his own in Florida and choosing this gypsy life, was arguably serendipitous. But it was not without direction. As we learn in this week’s episode, Nim is driven by some very specific beliefs about his place in the art business. And along the way as his travels have taken him to scores of galleries, he’s made some very interesting observations about the gallery world that are well worth considering.
If you are a regular listener of the Art Dealer Show, this may be the first time you’ve heard Nim’s name come up. But it’s not, the first time I’ve introduced you to him.
Back in episode 007, I shared with listeners an experience that I had while meeting an art dealer friend for dinner at the airport in San Francisco. During that dinner my unnamed friend asserted that he felt that there was little to no distinction between being an art dealer and any other sales person of high-end goods (Rolexes, cars, boats). I’ll save you the blow-by-blow of my inner dialogue that I narrated. But in simply put comma my visceral response was a bit of an existential tail spin. By the end of sharing the story I had brought things to a bit a boil. I think that at one point I exclaimed that art dealers are “fucking magicians.” Or something to that effect.
The story was true. As well as my inner turmoil? and feeling about what it is to be an art dealer. But nonetheless, it was unfair. I used Nim as a bit of foil to express a point. And in the telling of the story I really did not give him a fair chance to have his views fully understood—certainly not in context.
And even though this episode longer then the usual, I think you’ll find it riveting all the way through…and just remember you can always pause it and come back later.”
Cheers.
Danny Stern