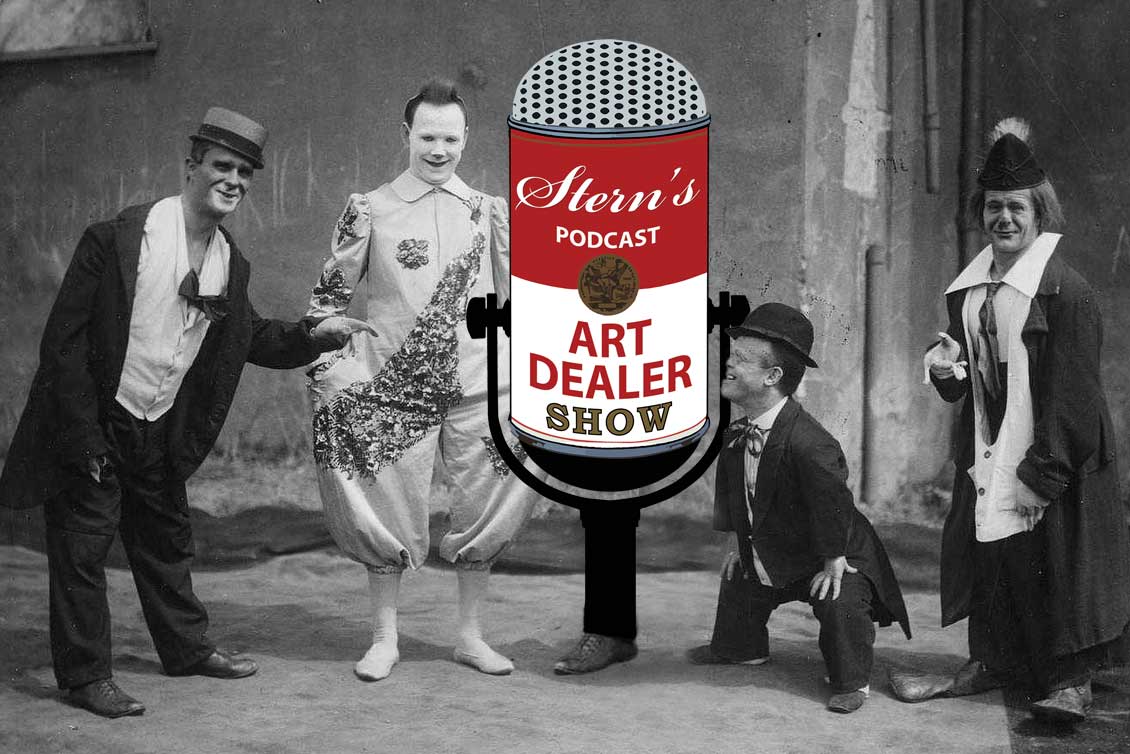 The wait is over, and we are back with part II of my conversation with Bob Chase, president of Chase Art. And If you enjoyed part one as much as I did, I can assure you that this second chapter is as interesting as it is different from the first.

(if you didn’t hear part I, this is your chance)

Previously Bob and I talked about the early days in the street level gallery business when his father and grandfather first started Merrill Chase Galleries. In this episode, we move on to Bob’s own personal experiences in the gallery world. Including the inspiring story about his company’s early struggles getting the Dr. Sues art program started in its first years. And how he was able to bring it to become one of the most represented and collected published art programs in the market.

We also spent some time digging down to the roots of what makes for a great, or even just good, art dealer. And as often is the case, the answer is the ABCs of good selling – Always Be Challenging yourself. I know it’s hokey, but it’s also true.

Picking up where we left off with Bob is not the only unfinished business in this episode. We also pick up from where I left you hanging after our conversation at the ol’ art dealer bar.

In part I shared a story about an old gallery owner friend of mine, who late one night after binge listening to several of our podcasts, called me up to hit me with a question many gallery owners would like to ask someone “What should I do next?” And after doing my best to skirt around the question, I confessed that I don’t possess those visionary powers. Despite having the chutzpah to pontificate into the mic show after show. But I did declare I knew one thing for sure. That an answer is coming and there will be a new day for the gallery business. And then with that tease I promised I’d tell you how I know that for sure right after the ad-break.

And when we came back from that ad… (nothin’) Well I guess I owe you and everyone else an apology. I meant to. Really I did. What I really meant was when we return with this episode.

But now the time has come. And in this episode I finally do deliver on my promise to make my case.