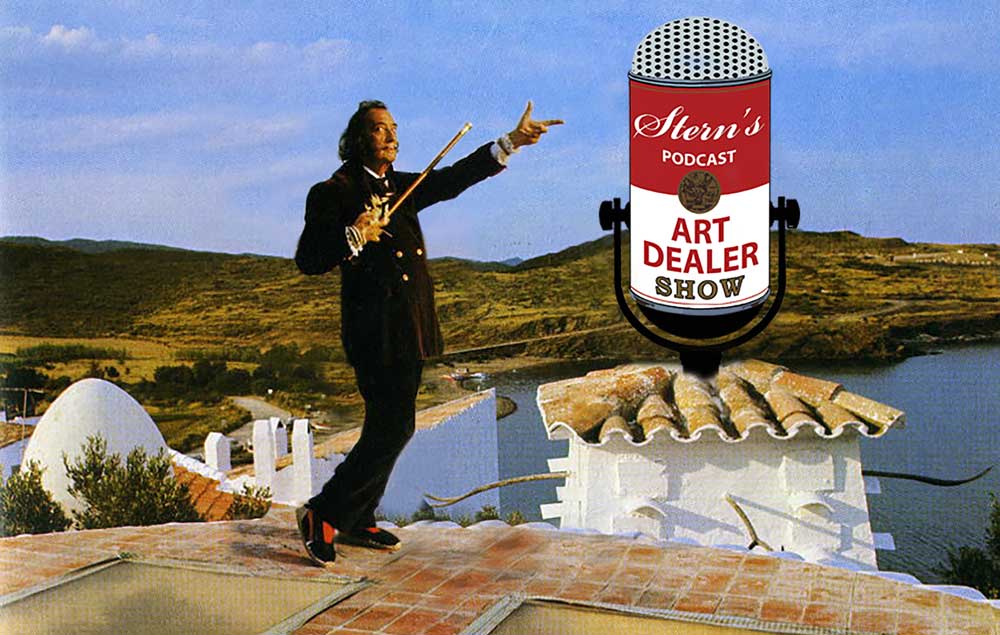 “I want to go to bed knowing somebody somewhere in the world is presenting a piece of art of ours.” – Bob Chase

It’s easy to forget sometimes – heck, even realize – that the art dealing business as we know it today is a fairly new thing. For an “ordinary” person to walk into an art gallery that is open to the public and buy art of some note would have been almost unimaginable just a half century ago. Until World War II, collecting art by known artists was almost exclusively the domain of the elite.

Post-war America marked the end of this class divide, by bring forward a democratization unlike any that had been seen before. Millions of ordinary people were the first in their family’s history to receive a college education, followed by good jobs, home ownership, automobiles, and trips to the shopping center to buy a TV.

In 1965 Robert Sr. and Merrill Chase, the father and grandfather of our show’s guest Bob Chase, joined the wave of businesses that responded to this emerging class by transforming their struggling photo studio into one of the earliest “street-level” galleries in the art business. They didn’t open their new galleries in downtown, upstairs, appointment-only showrooms. But instead in the shopping centers where the all the furnishings for these new lives could be bought. In This Setting, Merrill Chase Galleries and the ones that would follow developed an entirely new style of art sales, better suited for these first-time collectors.

Now, five decades later, Bob Chase is the third generation of Chases to head the company and he continues to steer the company into the future.

And as usual, along with this great conversation with another art business leader, you’ll get to hear me muse a bit from my corner booth.