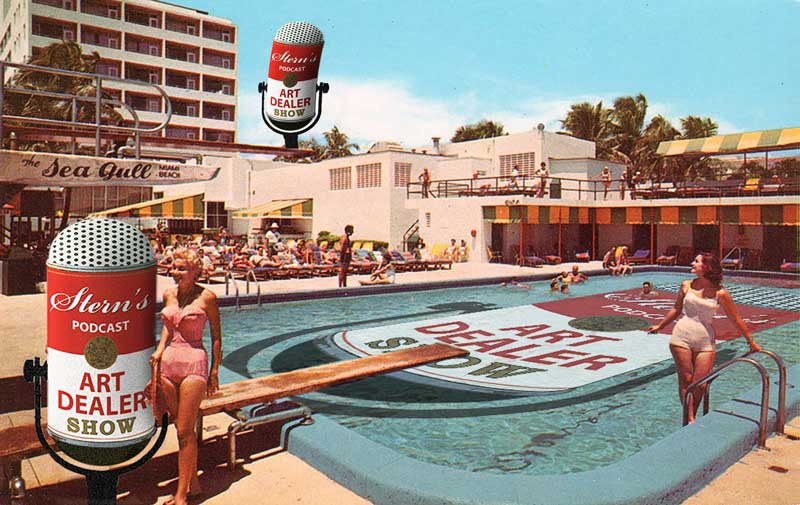 If you listened to Part One of our conversation with San Francisco Art Exchange’s co-owner Jim Hartley, I’m sure you have been eagerly waiting this episode. It’s not going to be easy to top an art dealer origin story that involves coming under fire during the Iranian revolution but I think we’ve met the challenge. In Part Two, Jim and I go over the amazing story about how a gallery that was started to be an active brokerage for blue chip art ended up bringing Alberto Vargas, one of the most noted American illustrators, to the market for the first time. How a chance encounter with a music agent led them to representing the art of one of The Rolling Stones and that led to creating its own market of celebrity artists. And how that later became the beginnings of…well, you’re just going to have to listen to the show. Because Jim is going to tell this story, and many more, much better than I can. But before we head off to talk with Jim, I’m going to buy you all a drink over at the ol’ Art Dealer Bar. Because this time I have a story from the front line that just happened to me. I have a tail about a top-flight show that we (Limelight Agency) just put on with one of our partner galleries (Mouche in Beverly Hills) and the walk-in that became a “coconut” the size of an “elephant.” And how it was brought to a halt by Asian inches. And if you’re asking “what does that mean?” — you’re not alone. Cheers. Danny