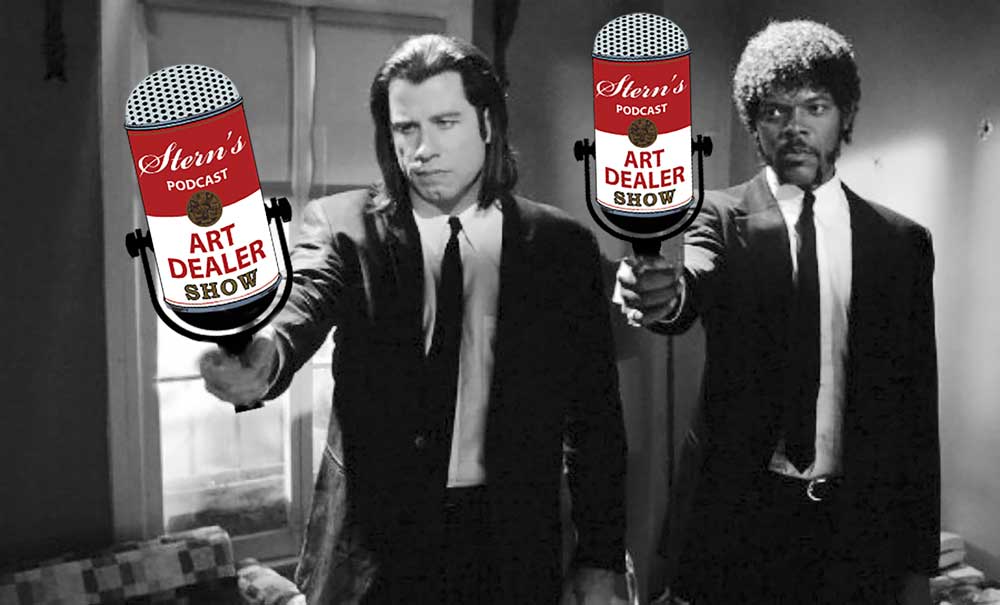 Years ago I called Alex Salazar (this episode’s guest) to go over some increasingly complicated and continuously changing details pertaining to a show that we were working on together. One of Alex’s galleries was going to host one of our celebrity artists. And as is often the nature of working with celebs in the art business, there were going to be “requests” made of the gallery—well beyond the norm. After going over the newly added accommodations to the already complex list, with long-winded explanations and, of course, the customary and often patronizing case made for how they will actually “benefit” the gallery as well, Alex stopped me. He took a short breath to refocus and said “Nope, too complicated. I’m just here to sell art.” Coming out of the mouth of almost anyone else that is not necessarily profound. But from Alex, an art dealer who can pack more creative ideas turned into actual actions in a year than most of us will attempt in a career, it was a drop of sage wisdom. Alex, of all the art dealers I’ve known, can be the most focused and clear-headed about getting down to the marrow of what he really wants to achieve. That’s why when I reconnected with Alex years later to interview him for this show, it was at first shocking but ultimately not surprising to learn that he had turned the business he’d been building for years inside out. In one year, he closed all of his seven galleries throughout greater San Diego and moved into seven hundred square foot showroom well off the main track. And from this tiny headquarters, he is now doing as much business as ever, mostly by working off of his hard-earned rolodex of collectors who adore him.