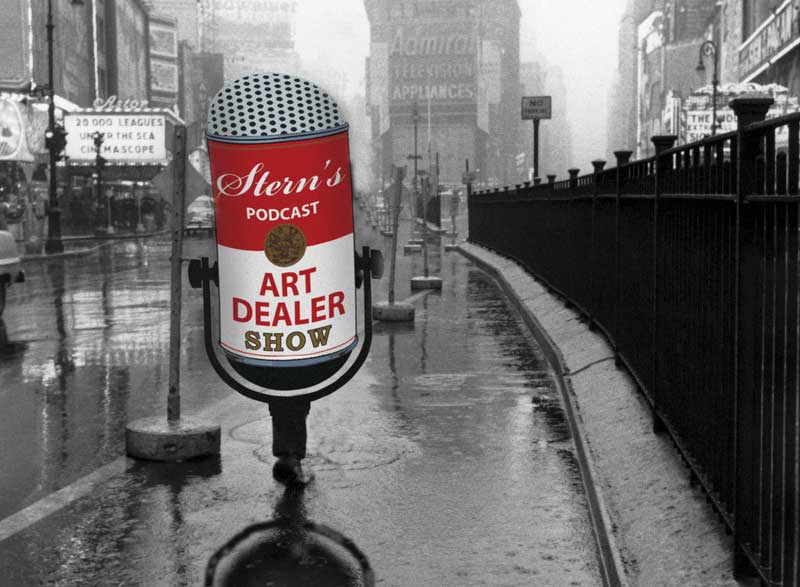 How about this for an interview starter? When this episode’s guest Richard Perry, the owner of Centaur Gallery in Las Vegas, first entered into the art business the company he built his career at had just been shut down by the IRS, the president had fled to Mexico with the accountant, and the Fed seized everything but the clothes on Richard’s back. With no more than a couple bucks in his pocket, Richard answered a want ad for an art gallery job. That job would quickly develop into a pivotal role helping to build a gallery dynasty that shaped much of the business.

But before we go deep into Richard’s story, we’ll drop on over to the ol’ Art Dealer Bar, for bit of gin-fueled gospel from the booth in the back.

This week I had a bit of a realization about how the art selling business entered into the center of the zeitgeist of the 20th century, how it lost contact with that stardust, how it all but died, and how that gave me a lot of hope for the future.

Now that I have that to live up to, let me suggest you throw off your coat, loosen that tie, strap in, and take a long deep sip of what of what I’m drinking.