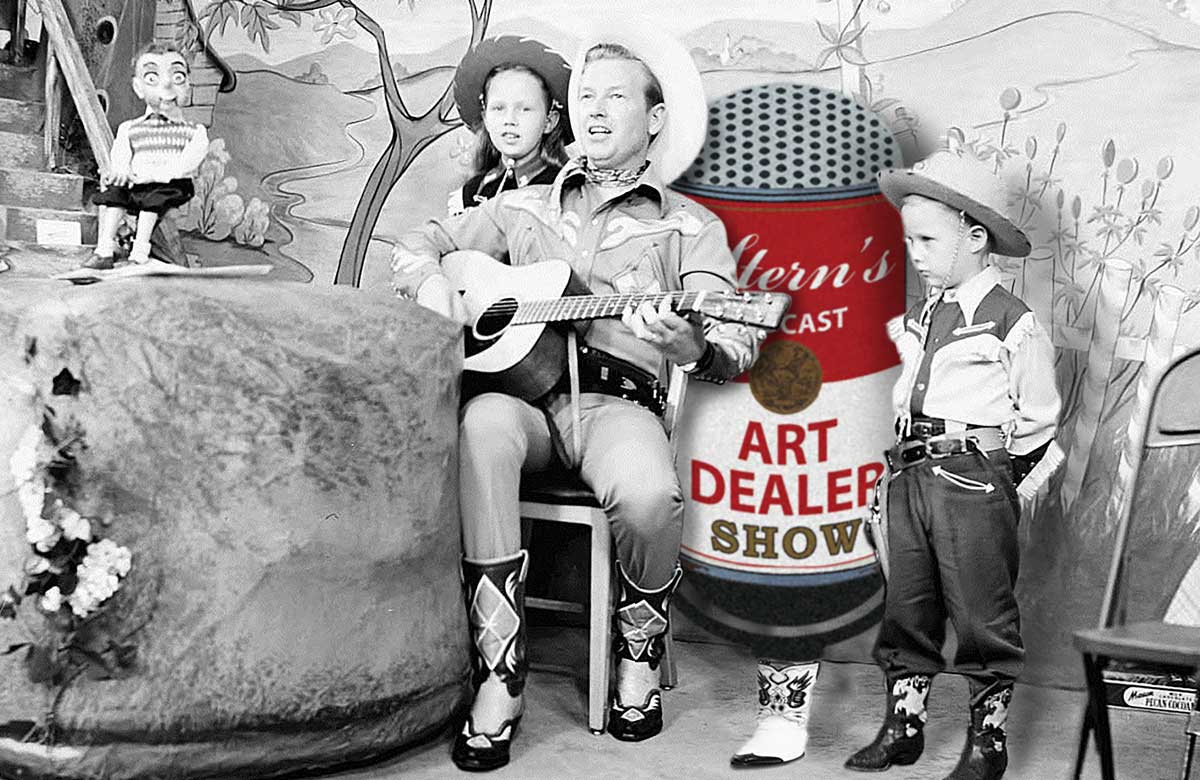 From day one, it was a goal of the show to talk as many different types of art sellers as we could get on the mic—from art consultants working the floor of a mall gallery to the jet set industry movers who make headlines. Which certainly includes the art brokers who find their own place in odd shaped spaces in-between and my guest, Dewey Graff, is about as perfect a representative of this territory of art dealing as I can think of.

Dewey Graff is one of those people who has found a couple square feet to stand on that was never declared before and staked a flag in it. And once he chooses to step off of it, there will be a permanent Dewey-sized footprint—one that will never be filled by anyone who comes along afterwards.

Back in the 1990’s, Graff identified a piece of virtual retail real-estate which millionaires walk by every day: The Robb Report. For over two decades, his ad has run every month without fail in this high-rent print neighborhood and through this ad Graff has met the people who live the high-flying lifestyle described in its pages.

However, meeting people of this caliber is a far cry from selling to them. Over many years, Graff has refined his already bigger-than-life selling personality to leap over some major obstacles: not having a gallery and the credibility that comes with that, along with typically never being anything more than a voice on the phone may have be impossible to overcome for some. But Graff somehow found a way to make these work in his favor and to understand how, you’ll just have to listen to this episode.

As always, I’ll take a moment of my own to offer my cocktail-fueled stories on the art world: this week a call from a fellow art dealer who is lamenting how her biggest client running short on wall space may spell the end of a great thing. Which reminds me of one of the earliest and biggest lessons I learned in the art biz—making sure that the collectors know that they are the COLLECTOR. And all that entails.